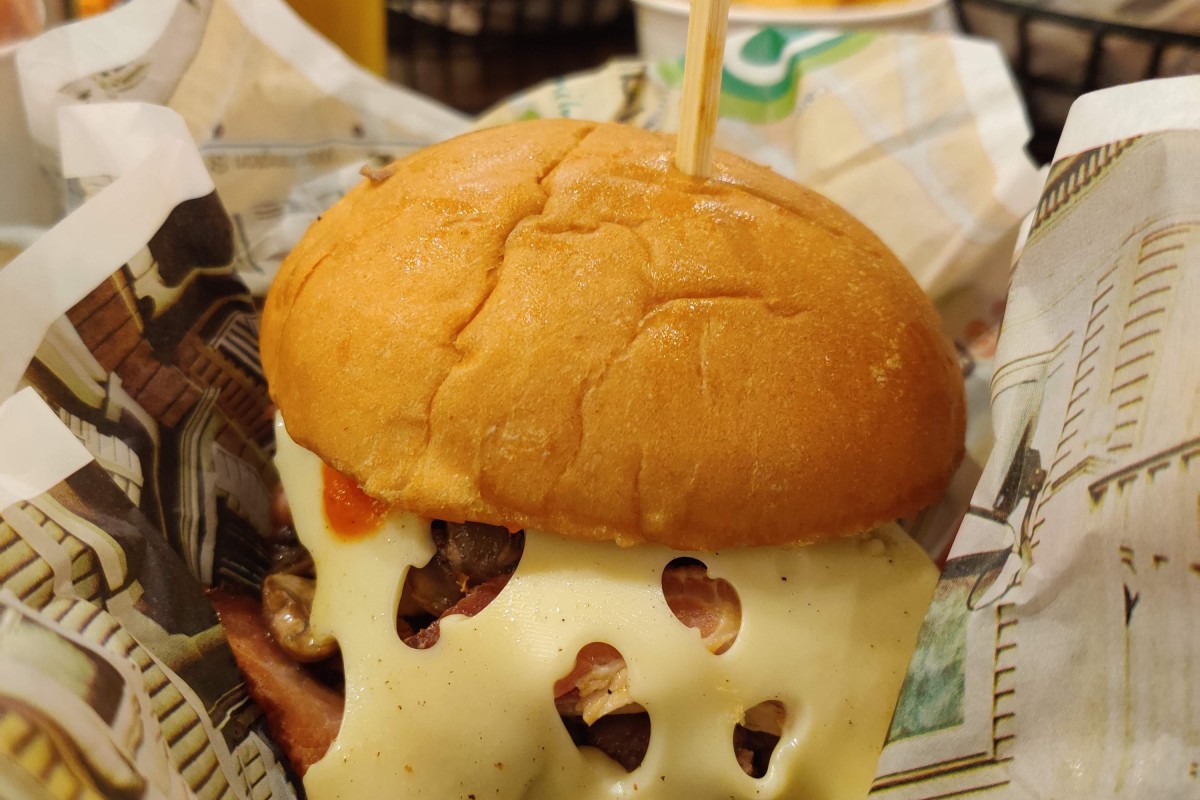 Including Transformers: The Last Knight, this is the worst thing Mark Wahlberg has ever done

Wahlburgers is a chain of growing notoriety. 10 seasons of reality TV, 30+ outlets in the US, a high-profile arrival in Covent Garden and of course – the Wahlberg family – made me curious. And a mixed barrage of reviews (bad from critics, more positive – it seemed – from punters) made me even moreso. Averaging four stars on Tripadvisor and Google Reviews, it surely merited investigation, yes? Not so much, it turns out. But spoilers…

The “fresh Scottish beef” is, apparently, a “signature blend of brisket, short rib and chuck.” Should be good, right? I mean, that’s some tasty cuts right there.

“The brothers each have a favourite,” the menu acclaims. Well, they were all 4oz burgers and we were hungry, so we went for the 1/2 pound “O.F.D” – “Originally from Dorchestah”, featuring a 6oz patty, swiss cheese, bacon, sautéed mushrooms and a ‘housemade tomato jam.’

There were a few of us, so we tried a lot of sides – Mac & Cheese, cola wings, hummus [sic] and tortillas, sweet potato and regular fries, thin and crispy onion rings.

I drank the Wahlbrewski, an American Pale Ale served on tap.

The summary kind of gives it away. This is a terrible, terrible burger. A crime against burgers. Daylight robbery at £12 for the burger alone. Let’s look at it.

Barely melted swiss cheese. The bun is cold, though inoffensive. The patty is small relative to everything else.

In cross section: you see mealy, finely ground, tightly packed meat. The pale red tomato jam has a strange consistency. The bacon is flaccid and the mushrooms are an odd inclusion.

First bite. No seasoning. The meat tastes like its from a cow that has been unbundled from mummification prior to butchering and preparation. Dry, tasteless meat is not salvaged my limpid bacon and tasteless cheese. The bun holds up and provides sweetness and body – but that’s about all that’s redeeming about this burger. 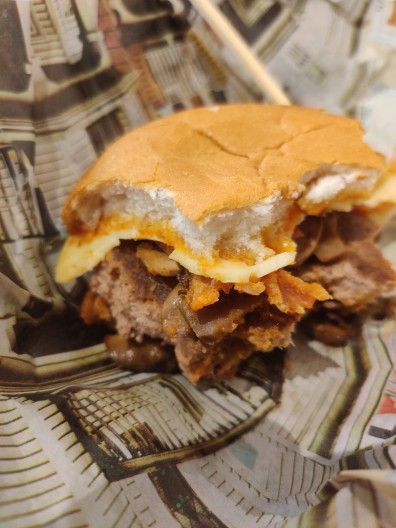 Four of us ordered it, and none of us were willing to waste the calories to finish it. Nearly two full burgers’ worth of detritus went back. In my few years of burger reviewing, this is the first time I refused to finish the meal.

The waitstaff were extremely courteous and apologetic. They tried to explain away our dislike for the burger. “I don’t like Swiss cheese either….” The cheese was a small part of the problem. “Our meat blend is very unusual, a lot of people won’t love it, it’s the brisket…” The meat blend, in theory, is fine. Brisket is a little unusual and would have reduced the overall fat content, but shouldn’t have dried it out completely. “Try our double burger, you’ll love it.” We declined to buy any more of the horrific burgers, but in an attempt to win us round the manager brought one anyway, on the house, split five ways for us to try.

It was marginally better, in the way that a slap to the face is better than a gutpunch. i.e. Both terrible. In practical terms, a more substantial, Big-Mac-esque burger sauce, and a more melty cheese added moisture and umami. But the meat was the same rubbery, leathery awfulness we’d experienced previously.

My first ever nul points. I would not eat this burger again if you paid me its price. Misters Wahlberg, you should be ASHAMED, to lend your family name to this horror, this caloric vacuum of flavour, this insult to burgers, to cows, to your customers.

A rapid fire set of reviews for the sides: 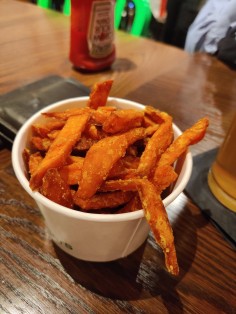 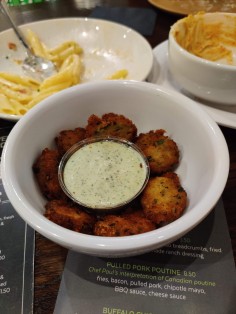 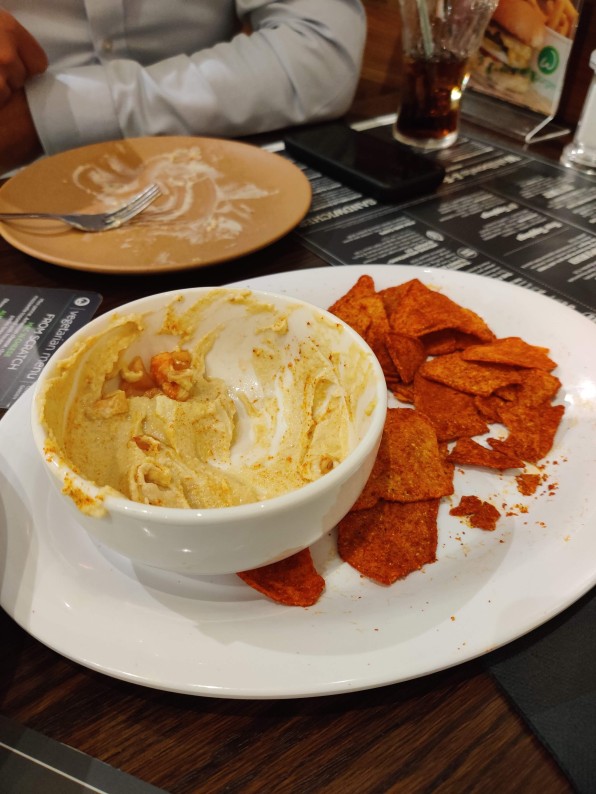 The Wahlbrewski – a light, refreshing, citrusy American Pale Ale – was really nice (to my craft-beer loving palate). A strong partnership with an American brewery, a sweetness takes the edge off the bitterness of the ale, and its light and well carbonated. A good partner for the food, such it was.

Burger rating – 0/5 – all the points Wahlburgers gets – for the service, for the sides, for the beer – it loses to the appalling travesty it claims is a burger.

Please don’t go there for the burgers. But it’s opposite Covent Garden tube if you want a quiet American Pale Ale and a basket of onion rings, brilliant service and a brightly-lit fast food environment. And I’d definitely recommend it for that.